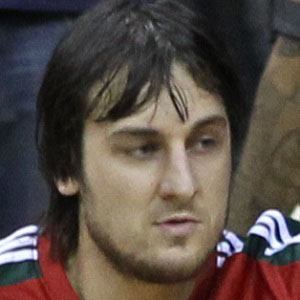 Australian-born NBA center known for his tough defense. He was drafted first overall by the Milwaukee Bucks in 2005 and traded to the Golden State Warriors in 2012. He helped the Warriors win an NBA Championship in 2015.

He enrolled at the University of Utah in 2003-04, where he played for two seasons. He played for the Australian national team at the 2004 Olympics in Athens.

His parents, Michael and Anne, were both Croatian immigrants who met and married in Melbourne, Australia.

He came over to the Warriors in March of 2012, in the same deal that sent veteran Stephen Jackson to the team, in exchange for Monta Ellis and two other players.

Andrew Bogut Is A Member Of