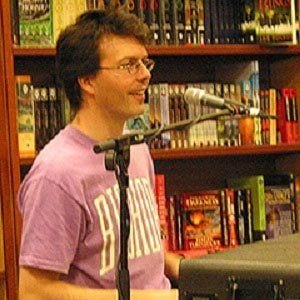 Notable for his work with the 1990s and early 2000s band Barenaked Ladies and for his membership in the jazz and rock group The Brothers Creeggan, this Canadian musician also recorded several contemporary classical solo albums.

He received a music composition degree from McGill University in Montreal, Quebec, Canada.

In addition to the piano and keyboard, he performed on the guitar and the conga drums.

He and his bassist brother Jim Creeggan were members of both The Barenaked Ladies and The Brothers Creeggan. Andy Creeggan's marriage resulted in sons named Leo and Oscar.

He left Barenaked Ladies after contributing to the band's 1994 album Maybe You Should Drive and was replaced by Kevin Hearn.

Andy Creeggan Is A Member Of