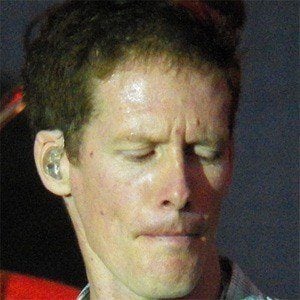 Canadian musician best known as the bassist for the pop/rock band Barenaked Ladies.

He picked up double bass while still in school and attended the University of Toronto.

He won the award for Best Male Bassist from the Gibson Guitar Corporation in 1999.

He has a son named Finnian and a daughter named Chloe.

He and lead singer Steven Page are both members of Barenaked Ladies.

Jim Creeggan Is A Member Of