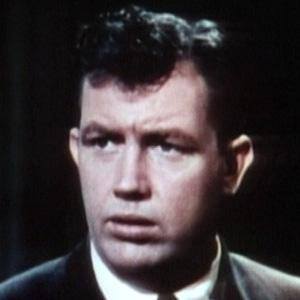 Western actor who played Jingles Jones on Wild Bill Hickok. After appearing in The Man Who Shot Liberty Valance in 1962, he played a role in It's a Mad, Mad, Mad, Mad World.

He was a successful football player, competing at college and semi-professional levels.

He played a cowboy sidekick with a raspy voice, and his last film was the 1973 rendition of Robin Hood.

He met his future wife, Dorothy House, at Fox Studios while he was filming Doctor Bull in 1933.

He starred with Jack Webb in Pete Kelly's Blues.

Andy Devine Is A Member Of