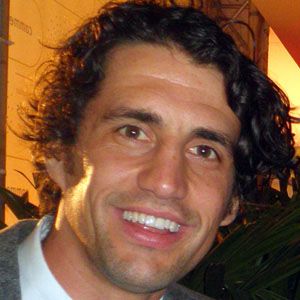 Australian comedian and musician who often pairs up with Hamish Blake to form comedy shows of 'Hamish and Andy.' In 2003 he released the educational times table CD, The Sing Along Times Table CD Book.

He went to Camberwell Grammer School, where he was involved in cadets, hockey, and music before studying commerce at University of Melbourne. It was while studying at Melbourne that he met comedic partner Hamish Blake in 2001.

He co-hosted a radio show with Hamish Blake that received high ratings.

He dated model Megan Gale from November 2006 until October 2010. His sister, Alex Lee, writes pantomimes and stars in the comedy show Porky Pies.

He was born in the same place as Chris Hemsworth: Melbourne, Australia.

Andy Lee Is A Member Of