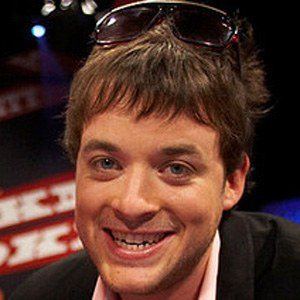 Australian radio and television performer who is best known as one half of the comedic duo Hamish & Andy with Andy Lee. They won a Logie Award for their television program Hamish and Andy's Gap Year, which premiered in 2011.

He dropped out of the University of Melbourne after attempting to earn a double degree in science and commerce.

He has won two Logie Awards, the Australian television industry awards, including one for the most popular Australian personality on television.

He married Zoe Foster in 2012. They have a son named Sonny and a daughter named Rudy.

He first performed with fellow comedian Andy Lee in 2003.

Hamish Blake Is A Member Of