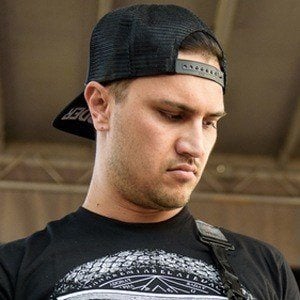 Member of the Australian deathcore band Thy Art Is Murder, a group responsible for the charting albums Hate and Holy War.

He was a self-proclaimed math nerd as a kid.

He joined Thy Art Is Murder in 2010 after the departure of Gary Markowski.

He and his wife Ally have a son and daughter.

Sean Delander switched from guitar to bass when Marsh and Tom Brown joined the band in 2011.

Andy Marsh Is A Member Of