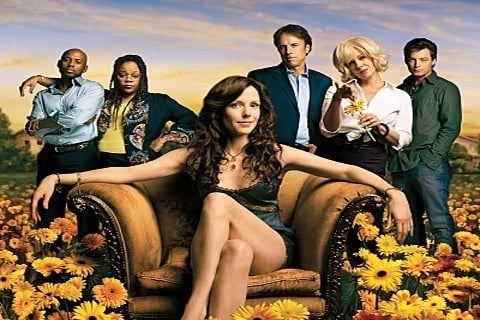 Created by Jenji Kohan, a mother finds her way into the world of dealing marijuana to support her family after her husband dies.