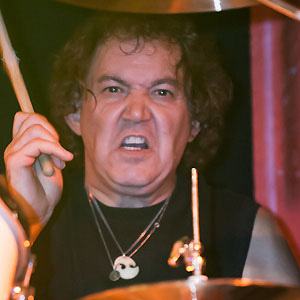 He started playing the drums when he was seven years old; he met his bandmates, Phil Mogg and Pete Way, in high school.

He settled down in Texas with his wife.

He suffered from medical problems from late 2005 until early 2007, during which time Jason Bonham filled in for him in UFO.

Andy Parker Is A Member Of