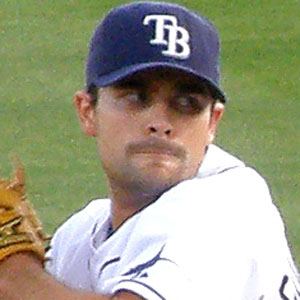 MLB pitcher who began his career with the Tampa Bay Rays in 2007.

He pitched at Kent State University.

He won his first major league game on June 10, 2007, pitching against the Florida Marlins.

He was born and raised in Barberton, Ohio.

Andy Sonnanstine Is A Member Of