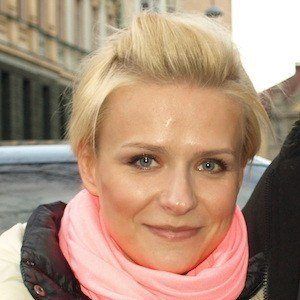 TV actress who's known for playing Marysia Radosz on the Polish soap opera Pierwsza miłość. In 2014, she joined Poland's Dancing with the Stars: Taniec z gwiazdami and won the contest alongside Stefano Terrazzino.

She graduated from The Leon Schiller National Higher School of Film in 2006.

She appeared on the 3rd season of the Polish version of Soapstar Superstar, Jak oni śpiewają, and finished in 5th place.

She had the twins Robert and Michal with Mikołaj Krawczyk.

Aneta Zajac Is A Member Of