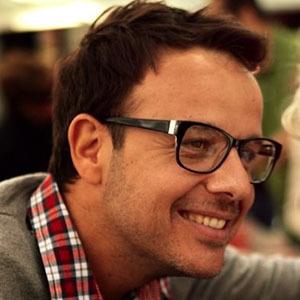 Theatre actor and TV personality who has presented shows like Little Big Geniuses, Don't Forget The Song, and City Blind. He has appeared in over 20 stage plays and 15 TV programs.

He graduated from the Institut del Teatre de Barcelona in 1997.

He had his directorial debut in 2002, with Midsummers Nights Dream.

In 2018 he was one of the judges on Your Face Sounds Familiar, alongside Chenoa, Lolita Flores and Carlos Latre.

Àngel Llàcer Is A Member Of