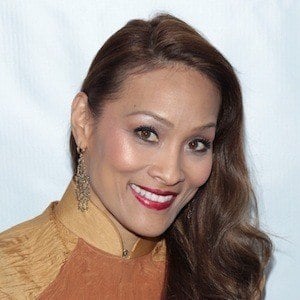 American actress and producer who became a prominent voice for the disabled after a 2001 car accident left her wheelchair-bound. She is one of the stars of the Sundance Channel reality series Push Girls.

She lived in several countries growing up, including Spain, Guam and the Philippines.

Prior to her accident, she worked as a model for fashion designer Michele Bohbot.

She is the eldest of four siblings. She was married to actor Dustin Nguyen from 2002 to 2011.

She spoke about her divorce on The Jeff Probst Show in 2012.

Angela Rockwood Is A Member Of