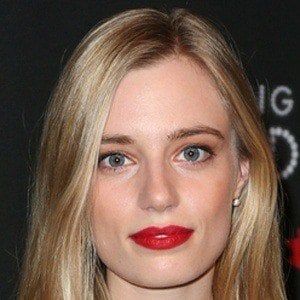 Television and movie actress who rose to fame for her roles in I Love You Beth Cooper, Transparency and Incontrol.

She began her acting career in theater before moving to film and television.

She has made guest appearances on several shows including The X-Files, Supernatural and iZombie.

She has posted photos to Instagram with her boyfriend.

She portrayed Amanda Walsh in an episode of Fringe which stars Anna Torv and Joshua Jackson.

Anja Savcic Is A Member Of