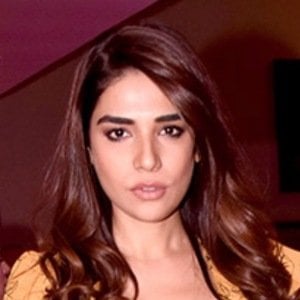 Indian actress and model best known for her work on different television series. She is recognized for her role on Zee TV's series Kundali Bhagya as the recurring character Srishti Arora. She also earned representation from Ford Model Management.

She chose to pursue a career in modeling at fifteen. After earning representation from Ford Modeling Agency, she began her acting career with a part in the romantic series Tere Sheher Mein. She then moved to MTV and began starring in the series Chat House.

She has been interviewed and profiled in a variety of different press outlets such as Times of India, Highlights India, and Telly Chakkar Magazine.

She was born and raised in Mumbai, Maharastra, India.

She starred alongside Helly Shah and Piyush Sahdev in the 2017 drama series Devanshi on Colors TV.

Anjum Fakih Is A Member Of