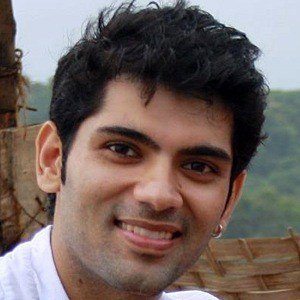 Indian serial star best recognized for his roles as Dhruv Pandey in Thapki Pyar Ki and Madhav in the series Beta Hi Chahiye. Known primarily for his Hindi productions, he made his Indonesian debut in Cinta Di Pangkuan Himalaya.

Before he began acting, he worked as a trainer with American Express. He would debut in DD National's Sammaan Ek Adhikaar.

In 2013, he made his silver screen debut as Iqbaal in the Bollywood film Club 60.

He was born to Mugdha Bathla and Anil Kumar Bathla in New Delhi, India. He began dating actress Jigyasa Singh in 2017.

Manish Goplani and Sheena Bajaj appeared with him in the television series Thapki Pyar Ki.

Ankit Bathla Is A Member Of