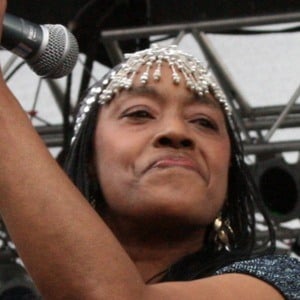 Singer/songwriter who rose to fame in the 1970s as a Memphis soul singer for Hi Records. Two of her biggest hits were "I Can't Stand the Rain" and "I'm Gonna Tear Your Playhouse Down." She was inducted into the Memphis Music Hall of Fame in 2014.

She was born in St. Louis, Missouri and sang in her family's musical group The Peebles Choir, who opened shows featuring gospel stars like Mahalia Jackson and the Soul Stirrers featuring Sam Cooke.

After taking a short break in the 1980s to spend more time with her family, she returned to music in 1989 and continued to record and perform until a stroke in 2012 made it impossible for her to do so.

"I Can't Stand the Rain" has been sampled by many other noteworthy artists including Tina Turner, Missy Elliott andSeal.

Ann Peebles Is A Member Of