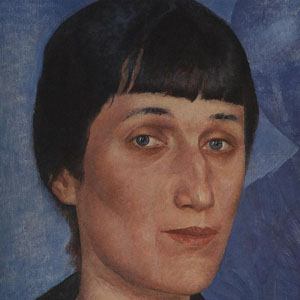 Russian modernist poet who has been considered one of the most acclaimed writers in the Russian canon. Her works include "Chetki" and "Belaya Staya".

She started writing poetry at the age of 11 and had her writing first published when she was a teenager.

She received the 1964 Etna-Taormina prize and a 1965 honorary doctorate from Oxford University.

She was married three times and had a son named Lev.

Bella Akhmadulina is another Russian poet.

Anna Akhmatova Is A Member Of