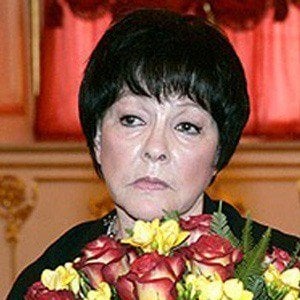 She was the only child of a Russian-Italian mother and a Tatar father, and she worked as a journalist at a Moscow newspaper before publishing her first poems in 1955.

She was a popular literary figure and orator who traveled widely and spoke to sold-out audiences in many nations.

She was married four times between 1954 and 1974 --to Yevgeny Yevtushenkoo, Yuri Nagibin, Eldar Kuliev, and Boris Messerer -- and had one daughter.

Her poetry was praised after her 2010 death by then-Russian Federation President Dmitry Medvedev.

Bella Akhmadulina Is A Member Of