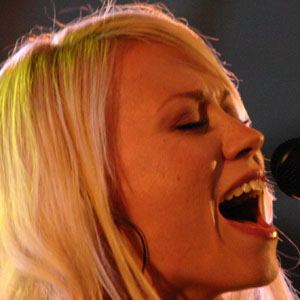 Famous for hit albums such as Mana (released in 2012) and Garden of Love (2010), this Finnish pop vocalist also released several popular singles, including "Jos Mulla Olisi Sydan" and "Kesa Yhdessa."

She recorded her debut, self-titled album in 1997, when she was just twenty years old.

At the height of her career, she was the fourth most popular female singer in Finland's history in terms of number of recordings sold.

She was born in the city of Ihode in western Finland's Pyharanta province.

Anna Eriksson Is A Member Of