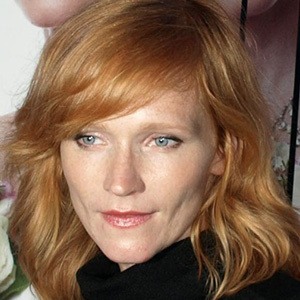 Actor who found stardom with her dual role as Eliška and Hana in the Czech historical drama Želary (2003). She is a multiple-time winner of the Czech Lion, taking home the award for her performances in such films as Stestí (2005), Kráska v Nesnázích (2006) and Nevinnost (2011).

She was a model before making her film debut at age 12.

She was a member of the jury for the 2010 Shooting Stars award.

She is the sister of actresses Ester Geislerová and Lenka Geislerová. She married Zdeněk Janáček in 2005. She has children named Stella, Max and Bruno.

She and Paul Rudd appeared together in the war drama The Catcher Was a Spy (2018).

Anna Geislerová Is A Member Of