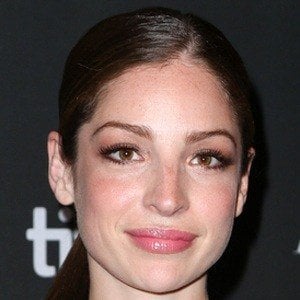 Canadian television and film actress who is widely recognized for her portrayal of Samantha Clayton on the CW series Arrow and The Flash. She is also known for her work on the Syfy series Defiance.

She made her professional acting debut on the 2005 miniseries Human Trafficking.

In 2014, she provided the voice of Nicky Pearce in the video game Watch Dogs.

She is the daughter of visual artist Tom Hopkins.

She was cast on Arrow, which starred Stephen Amell.

Anna Hopkins Is A Member Of

Human Trafficking
Defiance
It Was You Charlie
34 Year Olds