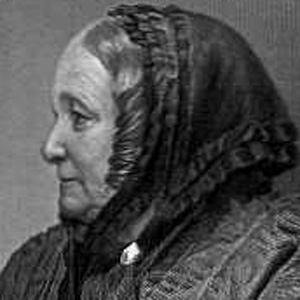 Nineteenth-century English writer who became known for her essays and novels. During the 1840s, she published several works on the history of art, including Companion to the Private Galleries and Memoirs of the Early Italian Painters.

Her debut work, The Diary of an Ennuyee, was published in 1826.

Her father, Denis Brownell Murphy, was a painter.

She was a contemporary of American writer Herman Melville.

Anna Brownell Jameson Is A Member Of