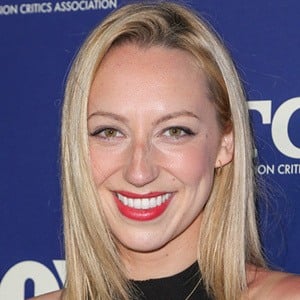 Co-star and co-creator of the Hulu comedy series PEN15 who portrayed a younger version of herself named Anna Kone. She was previously best known for playing Tara "TMI" Milly Izikoff in the series Rosewood.

She is an alumnus of New York University.

She had a four-episode guest-arc in the IFC series Maron.

She moved with her family from Vermont to Scituate, Massachusetts in 1994. She and Alex Anfanger have a daughter named Essie Wunderle Anfanger.

She met fellow PEN15 co-creator Maya Erskine while studying abroad at a theater program in Amsterdam.

Anna Konkle Is A Member Of