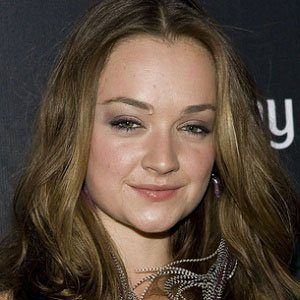 Also known as Anna Mae Wills, this Canadian-born actress is notable for her recurring role as Kelly Seaver on the CBS series Harper's Island, as well as for her portrayal of Celeste in the 2010 Disney Channel movie 16 Wishes.

Before launching her screen acting career, she earned a Bachelor of Fine Arts degree from the University of Windsor.

Her television credits include guest spots on Psych, Supernatural, and Smallville.

She spent her early years in Calgary, Alberta, Canada.

She and Hayden Panettiere were both in the cast of the 2009 film I Love You, Beth Cooper.

Anna Mae Routledge Is A Member Of