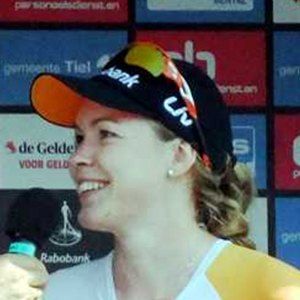 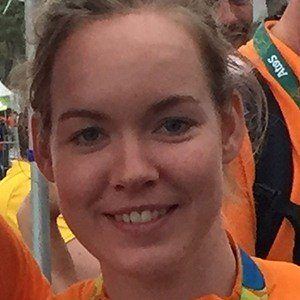 Cyclist who won gold in the women's road race at the 2016 Summer Olympics in Rio. She became the first woman to win the Ardennes classics in a single year in 2017. She has more than 110,000 followers on her annavdbreggen Instagram account.

She turned pro in 2012 when she joined the Sengers Ladies Cycling Team.

She won the Omloop Het Nieuwsblad in 2015, a year after injuring herself at the 2014 Road World Championships.

Her parents are Herman and Marga van der Breggen.

She and Owain Doull both raced in the 2016 Olympics in Rio.

Anna Van der Breggen Is A Member Of