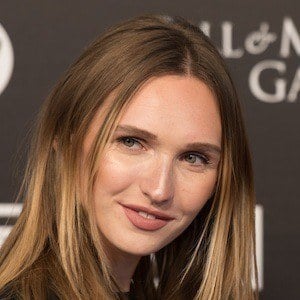 Fashion model who has walked in shows for Rick Owens, Esther Perbandt, Undercover and other prominent fashion labels. She is also a style influencer who runs the blog Aniybond as well as a YouTube channel of the same name.

She grew up in Ostfriesland, Germany and has since lived in Paris and Berlin.

She suffers from endometriosis and is a public advocate for those with the condition, having blogged about it extensively.

Anna Wilken Is A Member Of