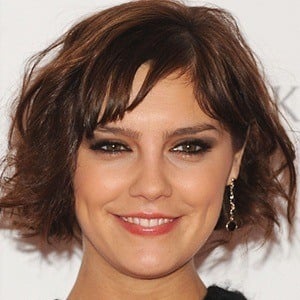 Actress who is famous for her career throughout prestige British TV, including on the BBC Three supernatural drama Being Human as Lauren Drake. She has also starred on the Italian-British Rai 1 TV mini-series Medici: Masters of Florence in 2016.

She earned her acting degree from the Oxford School of Drama in 2005. She began her professional acting career in British theatre.

In 2018, she began starring as Amena on the Sky/Amazon Prime TV series Britannia. She appeared as Maddy on the popular TV series EastEnders in 2007.

She has starred alongside David Morrissey on the TV series Britannia.

Annabel Scholey Is A Member Of