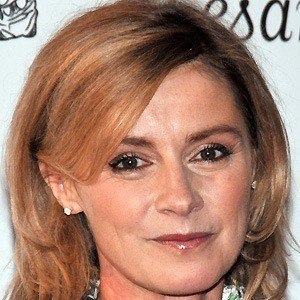 French actress who has starred in many French films and received a Cesar Award nomination for her role in the 2005 film Je ne suis pas la pour etre aime. She has also played roles in A Christmas Tale and The Diving Bell and The Butterfly.

Her father is Pierre Consigny who worked as the head of the cabinet for the Prime Minister Maurice Couve de Murville.

She has a son with director Benoit Jacquot.

She was directed by Julian Schnabel in the 2007 film The Diving bell and the Butterfly.

Anne Consigny Is A Member Of