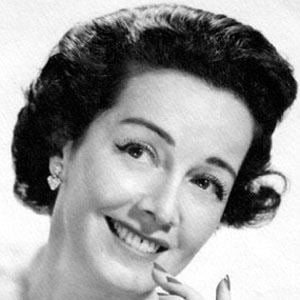 Fashion designer most associated with her label, Taffy Fashions.

She studied at the University of Georgia and worked as a stenographer before moving to Los Angeles to pursue her designing career in 1937.

Though she loved designing, she was also passionate about yoga, and once released her own instructional video.

She was married to Edgar L. McCoubrey until her death in 1999.

She and yogi Swami Vivekanada were both passionate about the healing aspects of yoga.

Anne Hill Is A Member Of