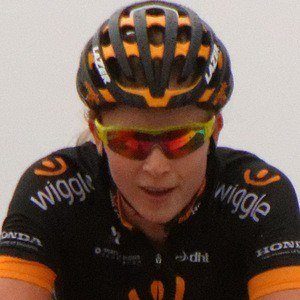 Championship cyclist and Olympian renowned internationally for taking a bronze in the women's Omnium at the 2012 London Olympics and competing at the 2016 Rio Olympics.

It was at the age of thirteen that the South Australian Sports Institute visited her school and told her she had the physical build of a potential cyclist. A year later, she earned her first success winning two bronze medals at the 2006 National Junior Track Championships.

In 2014, she took a silver and bronze medal in Individual Pursuit and Scratch Race respectively at the Commonwealth Games.

She has two brothers, one of whom, Alex, is a member of the Australian track cycling team.

Both she and Amy Cure are Olympic cyclists who competed at the 2012 London Olympics.

Annette Edmondson Is A Member Of