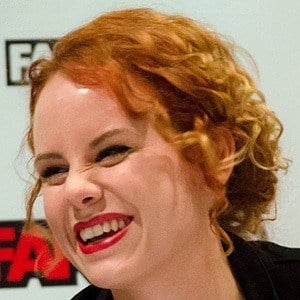 Canadian actress who became best known for her starring role as Lola Perry in the LGBT web series Carmilla.

She obtained a Bachelor of Arts with Honours in Theatre from Queen's University. She then attended the American Academy of Dramatic Arts.

She wrote, produced,directed and starred in a short film called Luvvie.

She is from Halifax, Nova Scotia, Canada.

She and Elise Bauman both star in the web series Carmilla.

Annie Briggs Is A Member Of