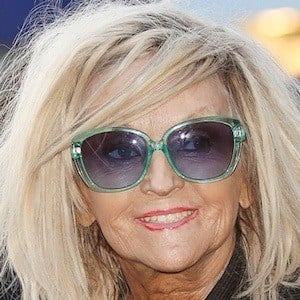 English radio and television presenter sometimes known mononymously as "Annie" who was the first female presenter on BBC Radio 1.

She attended the the Polytechnic of Central London School of Journalism and wrote for publications like the Daily Express, the Daily Sketch, and Cosmopolitan magazine.

She was awarded the Order of the British Empire in 2002 for her work in radio broadcasting.

She was born in London, England, but traveled all over the world working at music festivals.

She took over for radio presenter Bob Harris on The Old Grey Whistle Test show.

Annie Nightingale Is A Member Of