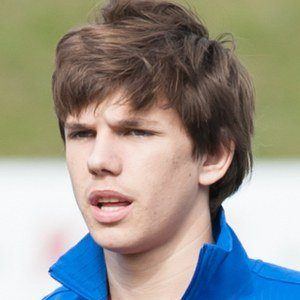 Croatian midfielder who has played for Dinamo Zagreb in the Prva HNL. He was awarded Croatian Football Hopeful of the Year by Vecernji newspaper in 2015.

He started playing soccer at the age of 5 and went on to sign for the youth academy of NK Zagreb at 9 years old.

He was featured in a Bleacher Report article titled 5 Hottest Teenage Prospects from Croatia.

He was born in Zagreb to parents Siroki Brjeg and Milkenko who was a football manager. His older brother Josip has played soccer for NK Sesvete.

He and soccer player Alen Halilovic were both listed in Bleacher Report's 5 Hottest Teenage Prospects from Croatia.

Ante Coric Is A Member Of