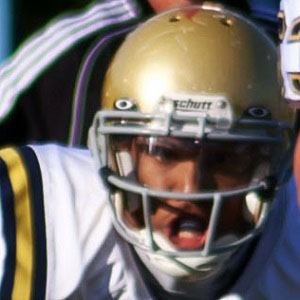 Linebacker who was selected 9th overall in the 2014 NFL Draft by the Minnesota Vikings. He was a 2013 Consensus All-American and First Team All-Pac-12 selection in 2012 and 2013 while leading the UCLA Bruins defense.

He was an all-state running back at Loyola High School in California.

His father Tony Brooks, and his uncles, Reggie Brooks and Cedric Figaro, all played in the NFL.

He and Jadeveon Clowney became two of the top defensive prospects in the 2014 NFL Draft class, both being drafted in the top 10.

Anthony Barr Is A Member Of