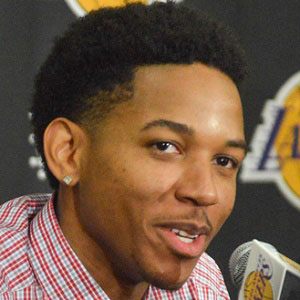 6'7" guard/forward who was selected 34th overall in the 2015 NBA Draft by the Los Angeles Lakers after playing four years of college basketball at Stanford.

He was ranked as a four-star recruit by Scout.com out of Ocean View High School in Huntington Beach, California.

He was born in Bellflower, California to Quentin and Raquel Brown.

He and guard D'Angelo Russell were both drafted by the Lakers in 2015.

Anthony Brown Is A Member Of