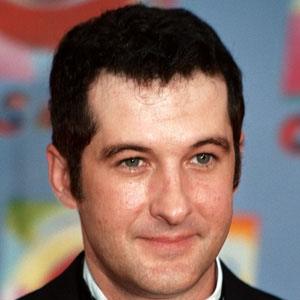 Best known for his role as Greg Warner in the CBS sitcom Yes, Dear, he also made numerous appearances on ABC's Ellen (a sitcom that starred Ellen DeGeneresas Ellen Morgan). In 2006, he hosted the NBC reality program Last Comic Standing.

After graduating from Emerson College (in Boston, Massachusetts) with a degree in communications, he began his career as a stand-up comic.

He performed on a 1995, Garry Shandling-hosted HBO comedy program.

He grew up in Lynchburg, Virginia, as the son of a store owner mother and a factory employee father.

He appeared with River Phoenix in the 1993 film The Thing Called Love.

Anthony Clark Is A Member Of