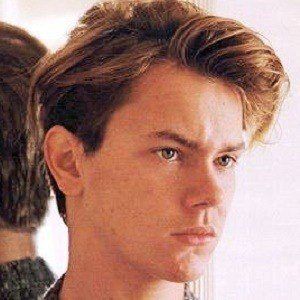 Former child actor who starred in Stand by Me and earned an Academy Award nomination for his role in Running on Empty. He also played young Indiana Jones in the 1989 blockbuster Indiana Jones and the Last Crusade. He tragically died of a drug overdose at the young age of 23.

Growing up, he and his family spent time living with a religious cult called the Children of God. At age ten, he began acting in TV commercials.

His last film was the drama feature Dark Blood. Filming wasn't completed due to his death and the feature remained incomplete for 19 years before it was finally pieced together and shown at the Netherlands Film Festival in September 2012.

His mother, Arlyn Sharon Phoenix, served as the board president of the River Phoenix Center for Peacebuilding. His siblings are Rain, Joaquin, Liberty, and Summer Phoenix.

He and Ethan Hawke both made their film debuts in the 1985 sci-fi fantasy feature Explorers.