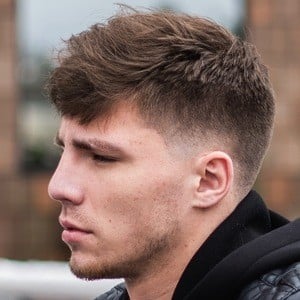 Also known under the alias "A1", he is a professional boxer known for competing in the welterweight division of the CES Boxing league. He is known for having managed himself, coming up in the sport with no promoter.

Training in the orthodox stance from a young age, he first became a professional boxer in 2016. His debut fight was on April 16, 2016 against Anton Williamson.

He is known for having his own line of clothing under the Fit Warrior Brand label.

He was born in Providence, Rhode Island but later moved to Las Vegas, Nevada. He posted a photo to Instagram with his younger cousin Jameson.

He caught the eye of the great Floyd Mayweather Jr. when he flew out to Las Vegas.

Anthony Marsella Jr. Is A Member Of