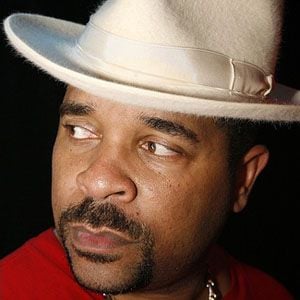 Born Anthony Ray but better known as Sir Mix-a-Lot, he entered the cultural zeitgeist with his Grammy-winning hit song "Baby Got Back" in 1992. He has continued to produce music over the past several decades but has never matched the success of his ode to girls with big butts.

He founded Nastymix Records as a 23-year-old with his friend DJ Nasty Nes.

MTV would only air his video for "Baby Got Back" during evening hours because of its sexual nature.

He was engaged to former MC Hammer dancer Michele L. Jennings, but they broke up before getting married.

Nicki Minaj sampled several parts of "Baby Got Back" in her 2014 song "Anaconda," which was praised by Sir Mix-a-Lot.

Sir Mix-a-Lot Is A Member Of