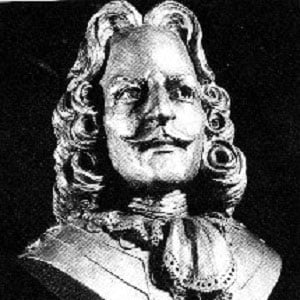 Remembered for exploring and trading in the area of North America known during the late 17th and early 18th centuries as New France, Cadillac served as Governor of Louisiana and was responsible for founding the fort that would become the city of Detroit, Michigan.

He left for the New World when he was twenty five years old, arriving at Port Royal, Acadia, in 1683, and subsequently changing his legal name to Antoine de La Mothe, Sieur de Cadillac.

He returned to his native France late in the second decade of the 18th century. Though he immediately faced half a year of prison at the Bastille, he was later presented with the Order of Saint Louis.

To honor Cadillac, entrepreneur Henry Leland named Cadillac, one of the car companies that established Detroit as a major automotive center, in his honor.

Antoine delamothe Cadillac Is A Member Of