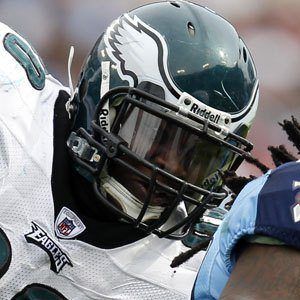 Undrafted NFL nose tackle who signed with the Washington Redskins in 2009.

He overcame a rough childhood during which he lived in six homeless shelters and was under foster care for a time.

He earned the Wilma Rudolph Student Athlete Achievement Award during his senior year at the University of Miami.

He became teammates with Eagles wide receiver DeSean Jackson in 2009.

Antonio Dixon Is A Member Of