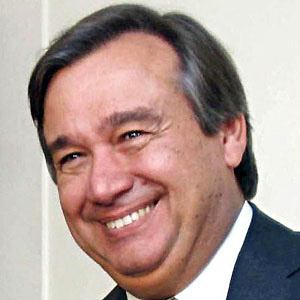 Socialist politician who was the Prime Minister of Portugal from 1995 to 2002. His tenure in power was marked by increased welfare spending and the introduction of several progressive social security initiatives.

He joined the socialist party in 1974, and served as President of the Socialist International.

He became the U.N.'s High Commissioner of Refugees in 2005.

He had two children with his first wife. His second wife died of cancer in 1998.

António Guterres Is A Member Of