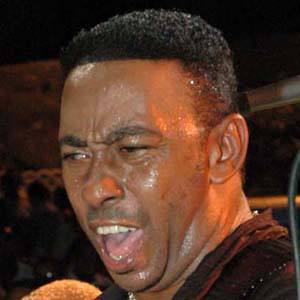 Bachata musician known for his romantic music with hits like "Voy Pa Lla," "Me Enamore," and "Muchos Cambios." He started releasing music in 1991 and has put out more than thirty albums.

He began his career as the guira player for Luis Vargas in the early 90s.

His record label paid an unprecedented $90,000 for him to play a concert at Puerto Rico's Roberto Clemente Coliseum in 2007.

He was born Domingo Antonio Santos Munoz in the northern border of Haiti. He has children named Yordi, Yordali and Antony Jr.

He and Aventura singer Henry Santos are both popular bachata artists.

Antony Santos Is A Member Of