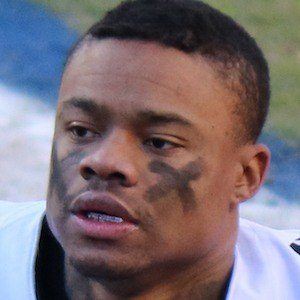 Cornerback who signed with the Jacksonville Jaguars as an undrafted free agent in 2012. He then went on to play for the Pittsburgh Steelers and Tennessee Titans.

He played college football for the University of Texas-El Paso Miners football team. He started every game during his junior and senior seasons.

He made three interceptions as a member of the Steelers in 2015.

He was coached by Mike Tomlin on the Steelers.

Antwon Blake Is A Member Of