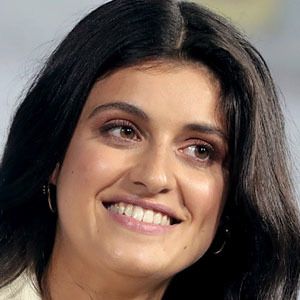 British-Indian actress notable for her leading roles as Robin Loxley in Sherwood and Yennefer of Vengerberg in The Witcher. She was also previously seen in episodes of The ABC Murders and Wanderlust in 2018. She has appeared in over 30 episodes of television in her recent career.

She was featured in a stage production of Much Ado About Nothing. She is represented by The Artists Partnership Talent Agency out of London. When the first season of The Witcher dropped, 76 million people tuned in to watch the show.

She has an older sister named Reeya and a younger brother named Arun. Her dad is Indian and her mom in English.

She starred alongside Henry Cavill in Netflix's The Witcher.

Anya Chalotra Is A Member Of