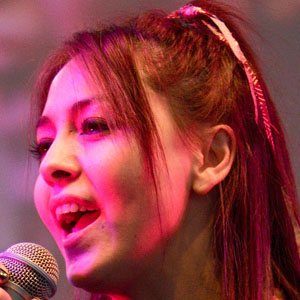 Japanese singer most famous for being the lead vocalist in the metal band Head Phones president. She is also known to Sailor Moon fans for playing the series' title character in more than a dozen musical productions.

She was born in Omura, Nagasaki and got her start in the music business in 1992 as a member of the group Sakurakko Club.

She has appeared in stage productions of American films like Mr. Holland's Opus and When Harry Met Sally.

Her birth name is Anza Ohyama. Her father is Japanese and her mother is South African.

She appeared in the music video for The Vamps' "Trouble," featuring lead singer Bradley Simpson.

Anza Is A Member Of