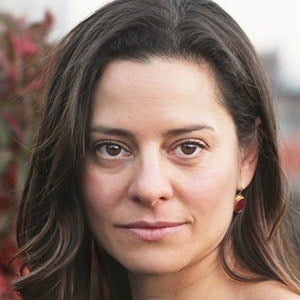 Journalist and social critic who became a staff writer for The New Yorker in 2008 and has been published in outlets like Slate and The Washington Post. She is known for exploring issues of gender, sexuality and feminism, particularly in works like her book Female Chauvinist Pigs (2005).

She grew up in Larchmont, New York and graduated from Wesleyan University.

She was named as one of the Forty Under 40 most influential "out" individuals by The Advocate.

She is openly lesbian and was previously married.

She has written about cultural figures like Donatella Versace in The New Yorker.

Ariel Levy Is A Member Of