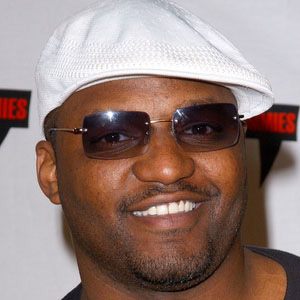 Played the roles of Belma Buttons and Dollar Bill Montgomery on the comedy sketch show, MADtv. He had a role in Malcolm X as well.

He was caught fighting in high school and was expelled for his acts.

He was the second longest original cast member of MADtv with appearances in 198 episodes.

His mother was a jazz singer named Doris Spears. He was married to Elisa Larregui from 2010 until 2014. Larregui received full custody of their son after the divorce.

Aries Spears Is A Member Of