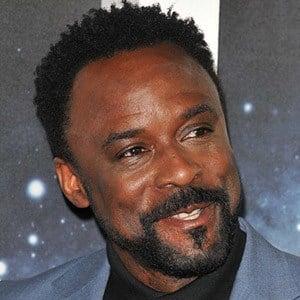 British actor, writer and director who became best known for his roles on the soap operas Family Affairs and Doctors. He also played a memorable character in the 1995 miniseries A Respectable Trade.

His first credited acting part was a guest appearance on the TV show Thief Takers in 1996.

He earned a 2004 British Soap Award nomination for Best Actor.

He had a cameo in the 2016 film Rogue One: A Star Wars Story which starred Felicity Jones.

Ariyon Bakare Is A Member Of